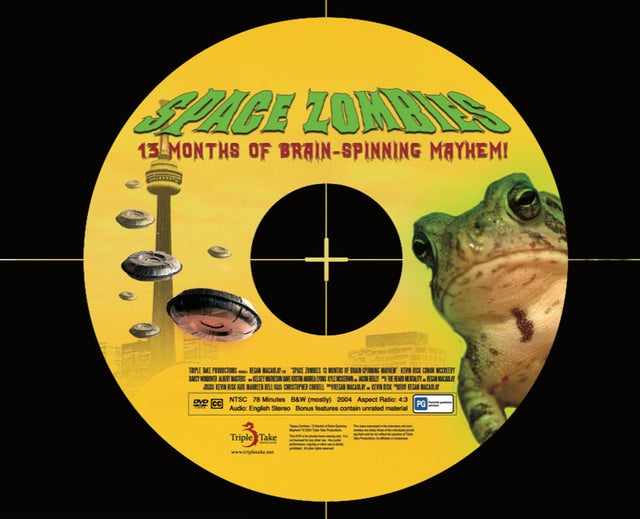 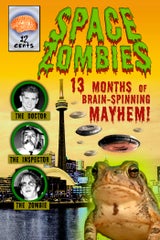 Space Zombies: 13 Months of Brain-Spinning Mayhem! the MOVIE on DVD

An homage to the B-movies of the 50s, 60s, and 70s – in particular, the films of Edward D. Wood Jr. A hilarious film study into the ‘bad’ filmmaking of these endearing and highly enjoyable films that are often elevated to a special sort of cult status.

Even the sanest of men goes mad. But what is it that drives him to insanity? Zombies from space seeking human brains for snacks? Human-to-cat, cat-to-human thought essence switches? Monster toad-beasts or starfish mutations? Duelling heads? What you are about to see are the images of the circumstances under which one man, veterinarian Dr. Vic McNaughton, goes horribly, horribly and irretrievably insane…