Alfie is the leader of a new band called Dog Band.  Alfie is the lead singer and lead guitar player, Tubby plays bass, Ollie plays the drums and Raxl is a back up singer and can play several instruments!  Only one problem - what kind of music is Dog Band going to play?  The dogs check in with a "motley crew" of  animal friends (from dogs to frogs!) to see what kinds of music is out there to be performed.

One of my original Dog Band illustration sketches...Dog Band is now illustrated by Wei Lu!

Peter, a captive Southern Fiordland Tokoeka Kiwi, and his friends from the National Aquarium (Onion, a Little Blue Penguin with an inner ear imbalance; Tim, a Tuatara with Generalized Anxiety Disorder; and Rangi, a Kea Parrot with clipped wings) embark on a quest through the unfamiliar wilderness of New Zealand in search of three ingredients needed to create an elixir to cure Peter’s ailing grandfather. Together, they traverse the length of the South Island of NZ, all the way across the Cook Strait and back home to the North Island. They learn what they are all capable of in the wild of the wop wops, and what the world beyond the "Wall of Shadows" of Peter’s habitat is all about. 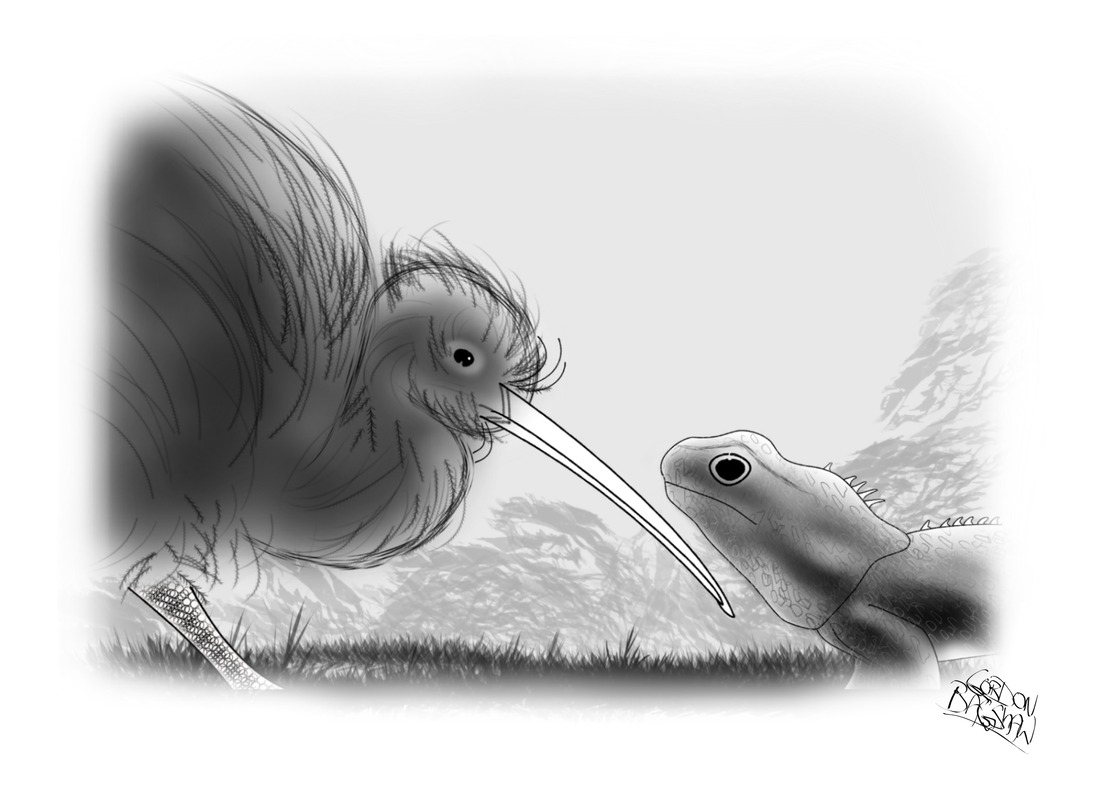 Sample interior black & white artwork (see above) by Gordon Bagshaw, who will be providing interior illustrations and the cover art for the Peter Little Wing series.

You may recognize the name Gordon Bagshaw because he is also the illustrator of my picture book, Libby the Lobivia Jajoiana (co-written with Kevin Risk, my husband).